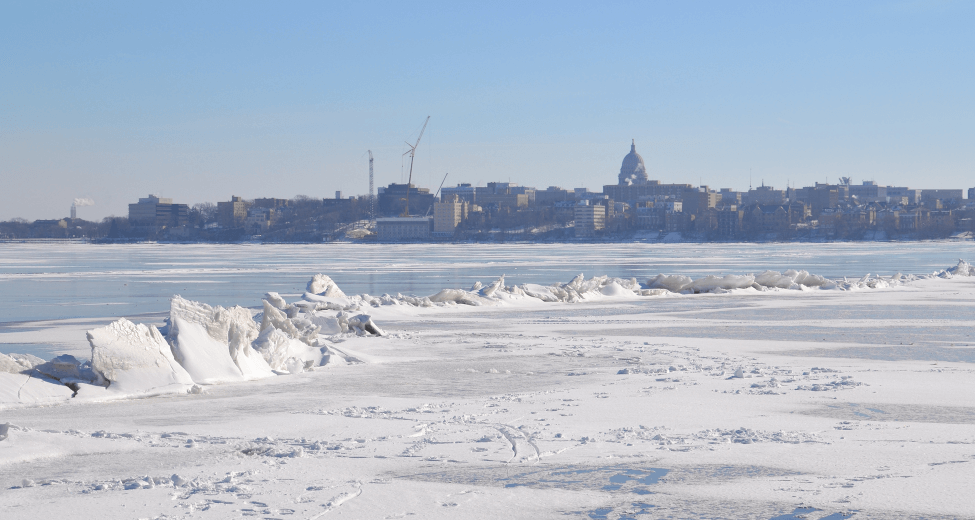 We have a Winner!

Clean Lakes Alliance once again held its annual Mendota Freeze Contest, asking people to take a guess as to when the lake would officially freeze. Amy Lemley of Thompson, Georgia submitted the first correct guess and will receive a $1,000 Lands’ End gift card as a grand prize. Lemley said she entered the Clean Lakes Alliance contest after hearing about it from her daughter-in-law, who lives in the Madison area.

Though the lakes look solid, don’t be misled – ice may still be thin. The Wisconsin DNR recommends waiting for three inches of ice before venturing out, and always walking with a friend. If you plan on ice fishing with friends and gear, at least four inches of ice is best.

Get Ready for Frozen Assets!

Now that ice has formed on Lake Mendota, Clean Lakes Alliance is busy making sure Frozen Assets, the free, family friendly festival held on February 1st, 2nd, and 3rd, at The Edgewater will be a success. Athletes looking for winter fun at Frozen Assets can compete in the Fat Bike Race – held on the night of February 1st, or run a 5k on the morning of February 2nd. Both races start and finish at The Edgewater and will be held entirely on the frozen lake! 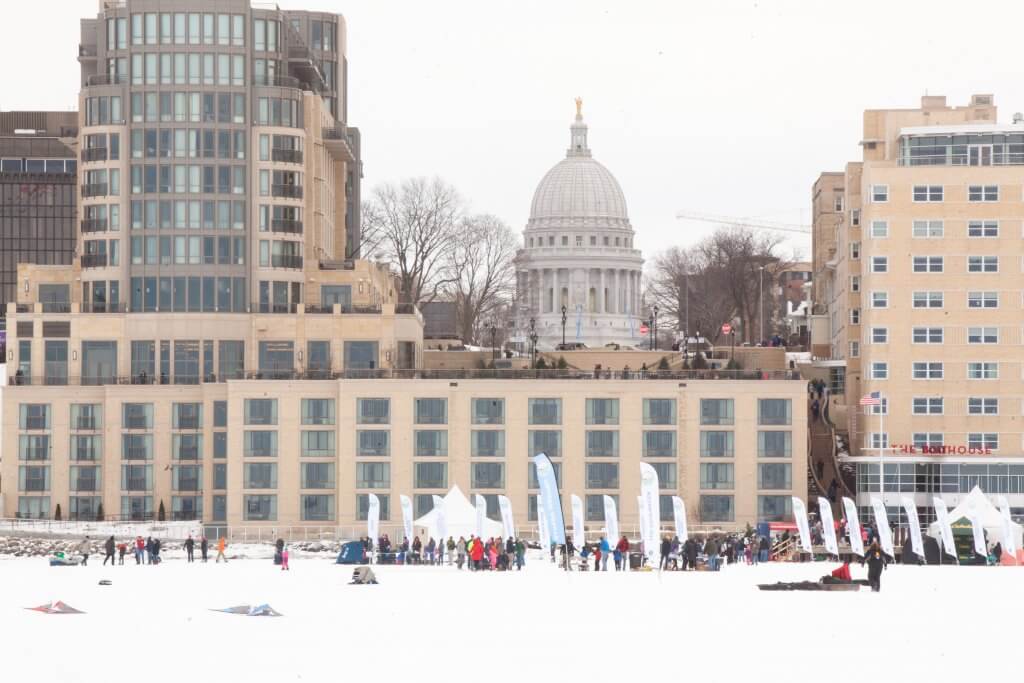