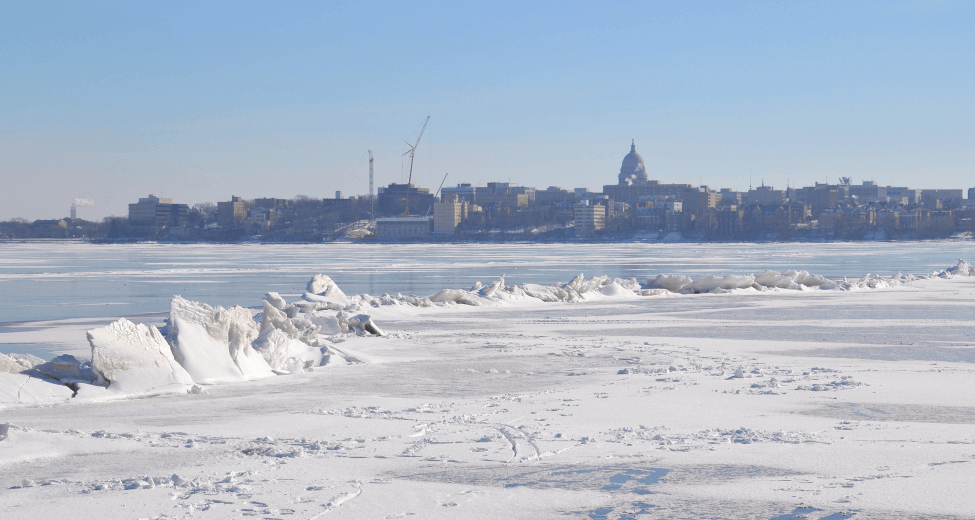 Air temperatures below the freezing mark throughout the last week, combined with cold water helped Lake Mendota officially freeze on Sunday, January 3rd, 2021, as declared by the Wisconsin State Climatology Office. Lake Mendota, the largest lake in the Yahara Watershed, froze 27 days shy of January 30th – which is the latest date that ice-on has ever been declared (1/30/1932).

How much do you know about the frozen lakes that make Madison winters so special? Test your knowledge with this quiz! Or, read more about our Mendota Freeze Contest.

The staff at the Wisconsin State Climatology Office, located on the 13th floor of the Atmospheric and Oceanic Sciences building on the UW-Madison campus, is responsible for declaring lakes Mendota, Monona and Wingra frozen each year.
Read More