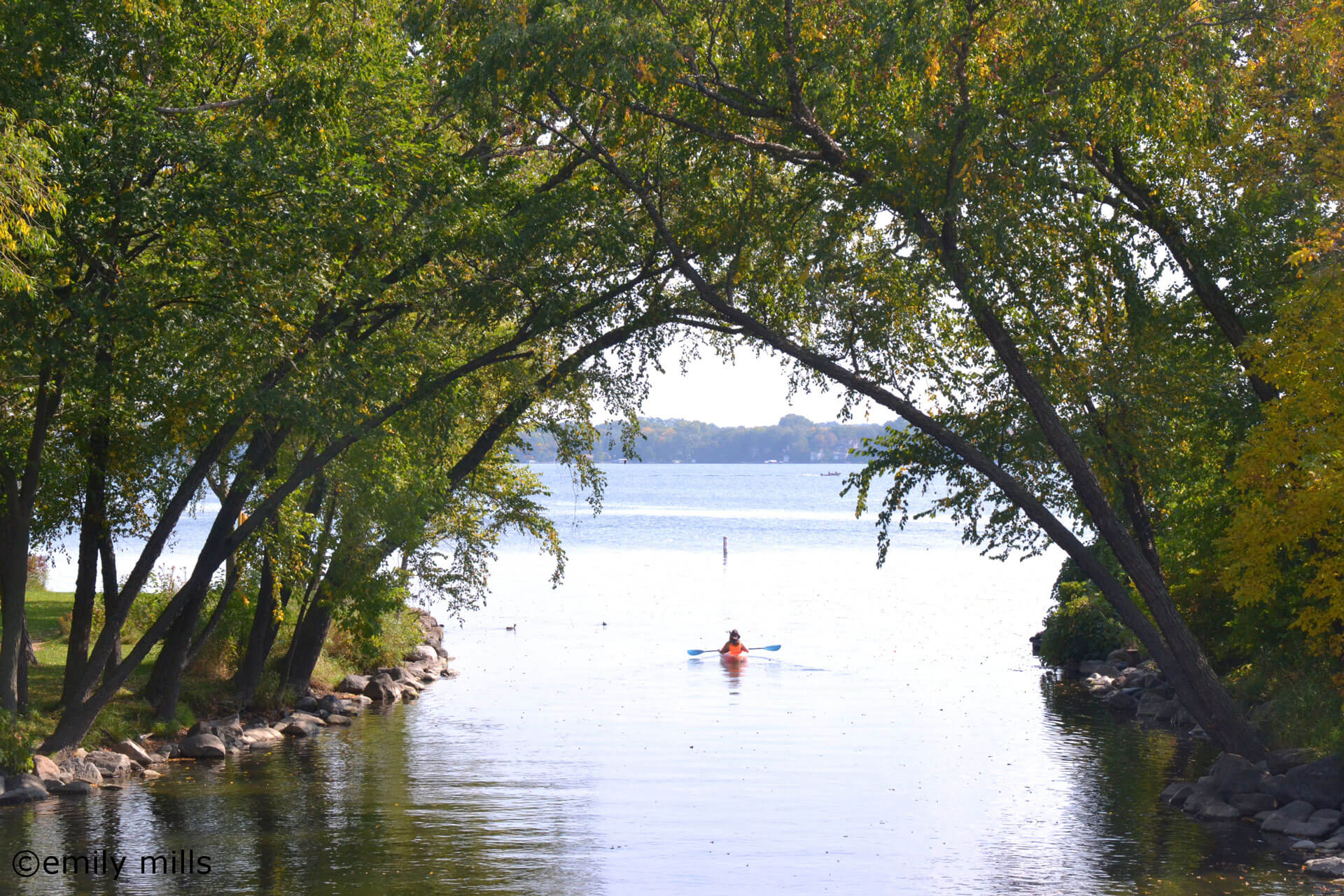 Did you know 100 BILLION gallons of water pass through the Yahara lakes system annually? That’s more than 151,000 Olympic-sized swimming pools!

In Wisconsin, we are fortunate to have plenty of freshwater with more than 15,000 lakes! In Dane County, our five Yahara lakes make our community special, providing opportunities for recreation, research, and beauty.

About the author: My name is Karin Swanson and I am a student of the Yahara Watershed Academy. I work for Clean Lakes Alliance as the Marketing and Communications Associate Manager and I am a Meteorologist. I am sharing my journey through the Academy in an effort to expand our community’s knowledge and passion for the Yahara River Watershed.

The second class of the Yahara Watershed Academy began on March 12th with some sunshine and the promise of warmer temperatures. The forecast held a marked improvement over February’s class, which took place during the biggest snowstorm of the season. Our cohort of 25 Academy students met bright and early at the University of Wisconsin Arboretum as birds chirped welcoming words for our arrival.

We are pleased to announce that the Dane County Board voted unanimously on March 7, 2019 for “Amending Chapter 14 and Creating Chapter 49 of the Dane County Code of Ordinances, Agricultural Performance Standards and Manure Management.”

About the author: My name is Karin Swanson and I am a student of the Yahara Watershed Academy. I work for Clean Lakes Alliance as the Marketing and Communications Associate Manager and I am a meteorologist. I will bring you along on my journey through the Academy in an effort to expand our community’s knowledge and passion for the Yahara River Watershed.

The 2019 Yahara Watershed Academy (YWA) began on a very snowy February 12th. Snow started the evening of February 11th, with ten inches accumulating by the time the storm ended on the 13th. But the snow didn’t stop our group of students from learning about the Yahara River Watershed.

The YWA is made up of five day-long courses once a month, with students graduating in June. The Academy involves a partnership with the UW-Madison Nelson Institute for Environmental Studies and Edgewood College. Graduates will have received the knowledge and skills to become a network of informed leaders for our watershed.

With more than 6,000 visitors joining us at The Edgewater and on Lake Mendota, Frozen Assets raised more than $127,000 net for our lakes this year. THANK YOU to all of our sponsors, guests, volunteers, and event partners who made the festival and fundraiser a huge success!

Thank you to our presenting sponsor Lands’ End and to our platinum sponsor The Edgewater. Lands’ End provides critical funding and apparel to keep our staff and volunteers warm. The Edgewater and its staff were incredible hosts of the festival and fundraiser for the FIFTH year in a row!

Funds raised will be used to purchase easements for three miles of buffer strips, which help capture nutrient-rich runoff from farm fields before it enters our lakes. See some of the other projects we’ve been up to since our founding in 2010.

Keep reading for a recap of the event and respond to our survey below to give us feedback about how we can make next year even better!

Madison’s favorite winter festival is moving forward with a full slate of activities during the first weekend of February at The Edgewater. Warm temperatures and a virtually snowless winter have left Lake Mendota’s ice cover in question for the February Frozen Assets Festival, presented by Lands’ End. But even if the ice is off, the FESTIVAL IS ON!

“Our number one goal every year is safety,” said Clean Lakes Alliance Executive Director James Tye. “We of course always want to be able to use Lake Mendota – our largest ‘frozen asset’ – for our festival. We have a great partnership with The Edgewater allowing us to hold events even if a changing climate takes away our ice.”

This is the start of something big

As we close the books on a difficult year for our lakes, I want to take a moment to reflect on what went well, and what we can do to start 2019 off in the right direction.

Five FUN ways to support our lakes this winter!

At Clean Lakes Alliance, we work for our lakes all year long. Keep reading to learn five great ways YOU can get involved with the watershed this winter and support cleaner, healthier lakes!