Yahara Lakes 101: Monarchs and our lakes 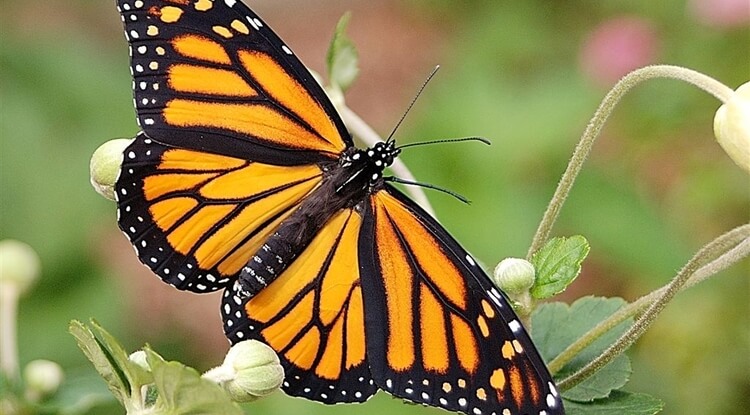 Monarch butterfly populations have been declining over the last 20 years. Because insect numbers are notoriously difficult to assess, and because they often show large annual fluctuations, simply documenting this decline has been a challenge. It is now important to move beyond simple documentation, and toward responding to the challenge posed by monarch conservation, and insect conservation in general. I’ll describe the amazing biology of migratory monarch populations, and then discuss how the need for an “all hands on deck” approach to monarch conservation is galvanizing habitat restoration across North America, including along fragile waterways.

Clean Lakes Alliance will be handing out our FIRST set of 5-year monitoring awards for our citizen monitors that have participated from 2013-2017!

Karen Oberhauser is the Director of the UW-Madison Arboretum. She and her students have conducted research on several aspects of monarch butterfly ecology. Her research depends on traditional lab and field techniques, as well as the contributions of a variety of audiences through citizen science. Her strong interest in promoting a citizenry with a high degree of scientific and environmental literacy led to the development of a science education program that involves courses for teachers, and opportunities for youth to engage in research and share their findings with broad audiences.

In 1996, Karen started a nationwide Citizen Science project called the Monarch Larva Monitoring Project, which continues to engage hundreds of volunteers throughout North America. Karen has authored over 90 papers on her research on monarchs, insect conservation, and citizen science. Her new job at the Arboretum blends her work on habitat conservation, public outreach, and citizen science research.

Karen is passionate about the conservation of the world’s biodiversity, and believes that the connections her projects promote between monarchs, humans, and the natural world promote meaningful conservation action. She is the chair of the Monarch Joint Venture, and a founding officer of the Monarch Butterfly Fund. In 2013, Karen received a White House Champion of Change award for her work with Citizen Science.

Yahara Lakes 101 is a series of educational events open to the public and a great chance for residents to learn more about the science behind the issues that affect our lakes. Each month we feature a different expert to make the science accessible and interesting to non-technical audiences.

The event is held both indoors and outdoors (weather permitting) at The Edgewater. Come at 7:30 a.m. for a meet-and-greet and to enjoy your coffee, pastries, and fruit. The program begins at 8 a.m., and class is dismissed by 9 a.m. Complimentary event parking will be available at The Edgewater.

Admission is FREE for Friends of Clean Lakes. If you are not a Friend, admission is $10 per event. Registration for each event is requested for all attendees.